Switch To A Different Campus

Teacher of the Year

Congratulations to Tanna Harrington, Erath Middle Teacher of the year!!

In 1991, the young Tana Hungerford graduated as Valedictorian from Gueydan High School, and in 1996, she received her Bachelor’s degree from UL. She married Scott Harrington and was a legal secretary for thirteen years.  She then decided to continue her educational journey to become an educator and in 2011, she received her Master’s degree from McNeese State University.

In 2008, she began a new journey at Mount Carmel Elementary teaching fifth and sixth grade. She then accepted a 2nd grade job at newly opened LeBlanc Elementary. From there, she moved to Eaton Park Elementary where she taught third and fifth grade. By 2013, she found herself at the school where she wanted to stay, Erath Middle. Teaching is close to her heart. On her website bio on the EMS page, she stated that she chose to teach, “because I love to see that “light bulb moment” when a child understands what I am explaining. I also enjoy the classroom atmosphere of learning.”

She has been involved in many school activities. She was a UL Math and Science Partnership (MSP) grant participant, School facilitator for the Dow "You Be The Chemist" Challenge.  She served as F EMS 6th grade level Jr. Beta sponsor and has also as an EMS Student Council co-sponsor.

The Gueydan native is married to Scott Harrington and together the couple has two children, Grant and Olivia. Their family has been a part of the Erath community for more than 20 years. 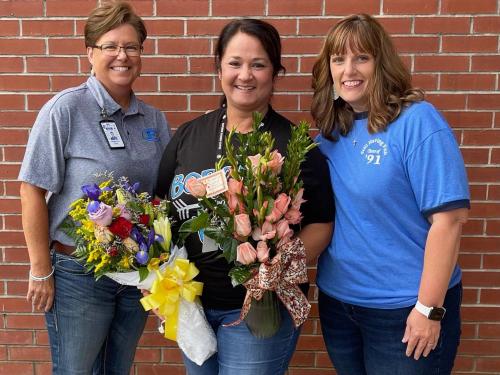 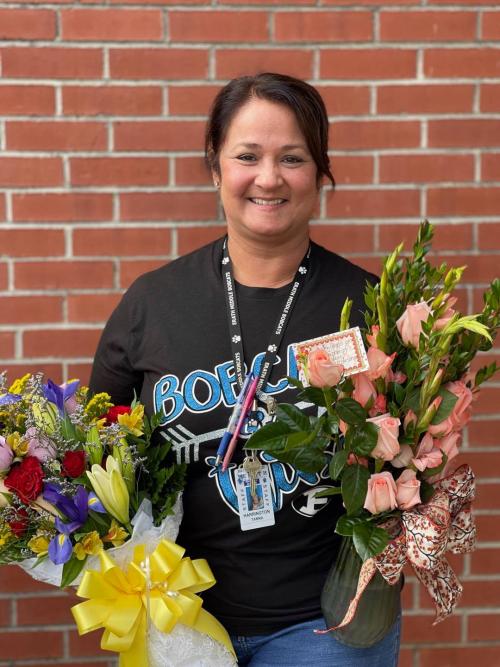